Everything That You Need to Know About Smart Marriage Contracts

Since the release of Bitcoin in 2009, the technology of blockchain has evolved and been incorporated into many different projects. From paying your bills through Bitcoin or Ethereum in seconds to watching your favorite artist perform in a meta-verse – people are doing all sorts of stuff and this is just the beginning of a world that will be dominated by blockchain technology.

Now, there are certain things that people could never have imagined blockchain could pull off – for example, getting married or holding commemorations for your loved one.

But now, thanks to technology, you can hold events and commemorations and get married on a blockchain. There is still a lot of new info coming in this regard, but we have outlined the information that is available at this time.

This article will walk you through the workings of blockchain-designed smart contracts to register weddings on the blockchain, keep track of their status, manage a marital budget, and simplify different aspects of the marriage bureaucracy.

We know that it sounds absurd and probably something out of a Black Mirror episode. But the Blockchain wedding contract is basically the traditional wedding contract made available online through the blockchain. However, there are a few additions that you need to know about. For example, you have to put in your crypto-related addresses instead of the traditional ones.

Similarly, the contract must be uploaded to a decentralized system in a PDF (you can scan it using an app). You have to put in the information of both spouses and their wallet addresses to construct the marriage agreement.

The information is saved in blocks and secured by pins that are given to the couple after they upload their marriage contract on any platform.

In real life, people spend too much time and money on wedding ceremonies and end up in a lot of debt. This is where blockchain marriage contracts come into the play. Getting married on blockchain saves time, money and clears out all the fuss that is a waste in today’s tech dominated world.

The blockchain’s immutability ensures that the marriage contract is not tampered beyond its core functions and makes it accessible for anyone at any time. It helps you get married without worrying about all the money and time needed to prepare an actual wedding.

“Life is not eternal, and death can separate us, but the Blockchain is forever.” — say David Mondrus and Joyce Bayo on their blockchain wedding.

How do they work? 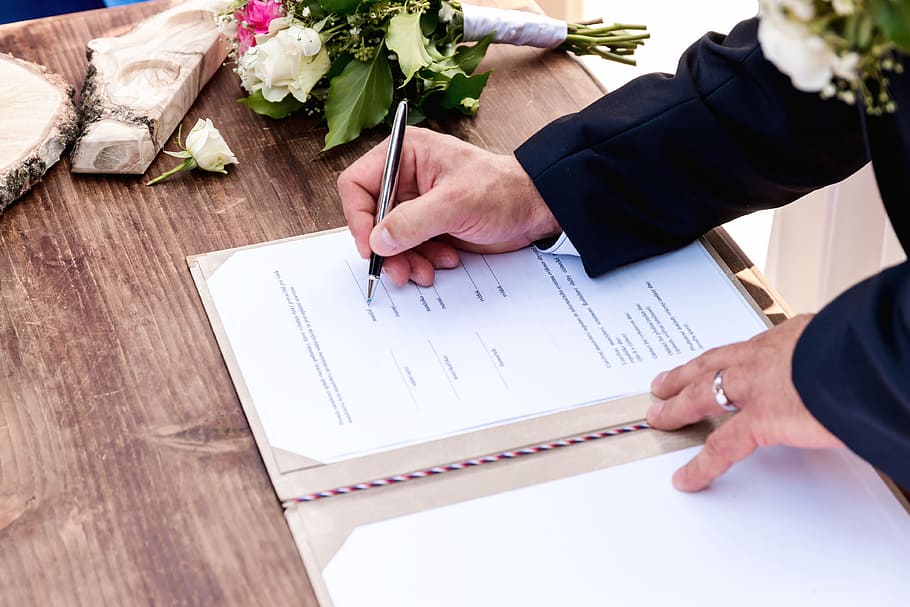 It is similar to the conventional marriage contract. All you have to do is add your spouse’s wallet addresses to the contract.

The most important thing to note here is that when you add the wallet addresses, they can never be changed again, so make sure to add pertinent details.

After adding the information, you will have to upload the written contract. In the future, there might be a way of doing it without having to upload a written agreement, but since the legal context has to get involved, these platforms cannot ignore these protocols.

You have to upload the contract by signing it and uploading it through a Decentralized storage system, also known as IPFS.

After uploading, the contract file will be saved in an unsigned state which you and your spouse will have to sign using your private keys, and once you are done with the signing process, your blockchain marriage contract will be ready.

What happens in the case of divorce? 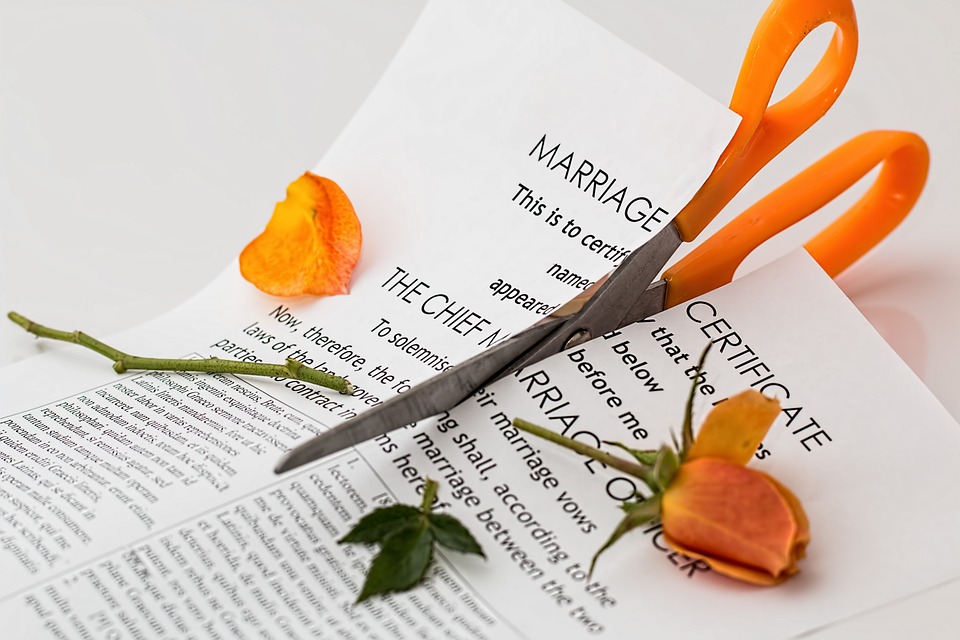 A divorce function is included in the smart wedding contract, which can only be used by spouses. As a result, no one else has a say in the situation.

The remaining funds in the wallet are split in half and sent to each party’s own wallet after both parties consent to divorce.

All included assets will be automatically divided according to predetermined rules.

Given how emotionally draining and time-consuming divorce negotiations might be, this is a lot more practical method to end a relationship. It also saves a lot of money on legal fees.

How can they benefit relationships?

The future of Crypto manage Contacts is uncertain as it is still in its initial phases. However, there are assumptions that it will be highly beneficial for relationships in the future.

For example, you do not have to be in the same country or city to sign the contract. All you have to do is have a stable Internet connection and access to the blockchain and a way to make the payments through a trustful platform.

The marriage contract will also be readily available on the blockchain to be accessed from anywhere around the world, so it means that you will never lose such precious documents.

The smart wedding contract’s crucial feature is transparency. Every update is automatically logged by the system. In this approach, the emphasis is on asset management clarity, which might be critical in future court or out-of-court procedures.

To Sum it All Up

However, even if these contracts do not evolve into something beneficial, they are an indicator of how far blockchain technology has come. From just starting out as a way to store things, now you can hold commemorations for your loved ones, run online businesses and sell NFTs to make millions of dollars. NFTClub discusses in detail how you can make profits from NFTs

And it will be interesting to see what the future holds for blockchain and how crypto marriage contracts evolve. Beyond the practical aspects of such a contract, it is also envisioned as a display of how far the blockchain can push the boundaries of our centralized society and open the doors to a decentralized future in which we will all reclaim our ability to make our own decisions!

Things To Consider Before Setting A Wedding Budget