Weddings Around the World

From country pubs and rolling hills to modern cities and five-star hotels, Great Britain truly does have something for everyone. Maybe that’s why Madonna and Gwyneth have homes there… Like celebrities, traditions also run deep throughout the U.K. Find out what they are and how you can incorporate them into your own star-studded wedding. 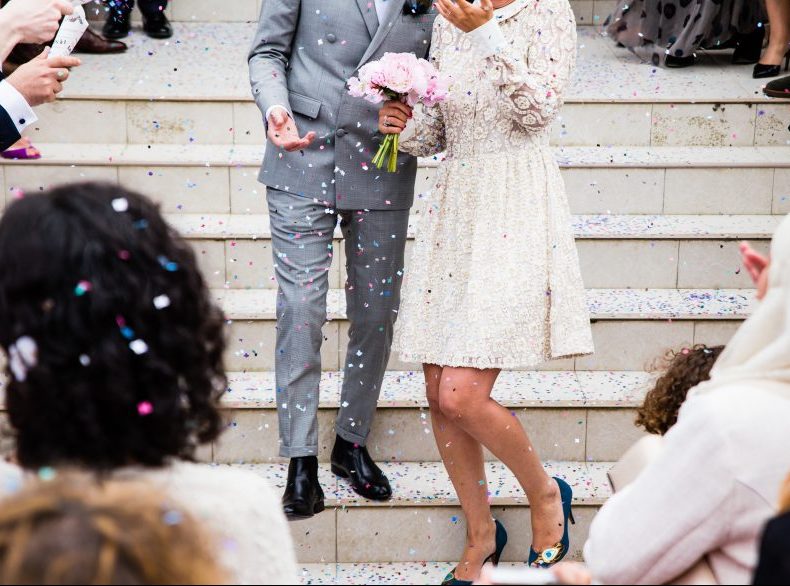 Bidding papers are sent to friends, inviting them to the wedding feast, which is usually held in the bride’s home. May is traditionally an unlucky month for an English wedding; the most popular being April or any time in the summer. Spooning comes from a Welsh custom where the suitor carves a spoon with a symbol (such as a heart, key, or wheel) and presents it to his intended. The spoon, which can also be made of silver, is worn around the bride-to-be’s neck.

The bride walks to the church, led by the flower girl laying petals on the path; walking on petals suggests a smooth life while stepping on ivy encourages fidelity. Seeing a chimney sweep is considered good luck and they are even invited to the wedding. Bells ring one tune as the couple enters the church, another as they leave.

The Welsh bride gives her bridesmaids cuttings of myrtle, sometimes as their bouquets. If the plant sprouts roots and blossoms, it is believed that she will be the next to marry. The Welsh bride also wears a pin on her dress, which after the ceremony, takes off and tosses over her shoulder. An English bride wears a horseshoe tied with ribbons on her arm, later placing the horseshoe over the front door of her new home.

Welsh guests bring money as gifts to help the newlyweds get off to a good start in life. The game of hiding the bride is played; only after the groom finds her can the party begin.

The English wedding cake is made of fruitcake with dried cherries, raisins, ground almonds, and marzipan. The top layer, called the christening cake, is frozen until the couple christens their first child.

Tips and Ideas for Incorporating Traditions Into Your Modern-Day Wedding