Jewellery is something of a universal language for humankind; an ancient practise that we still uphold proudly today. It has been a protector, a symbol of everlasting love, and a physical emblem of status across all cultures in all periods of human history. With that spirit in mind, we’re going to take a look at a few ways you can get the most over-the-top large emerald jewellery, as well as take a moment to celebrate someone truly did sport the biggest and best when it comes to the luscious green stone. 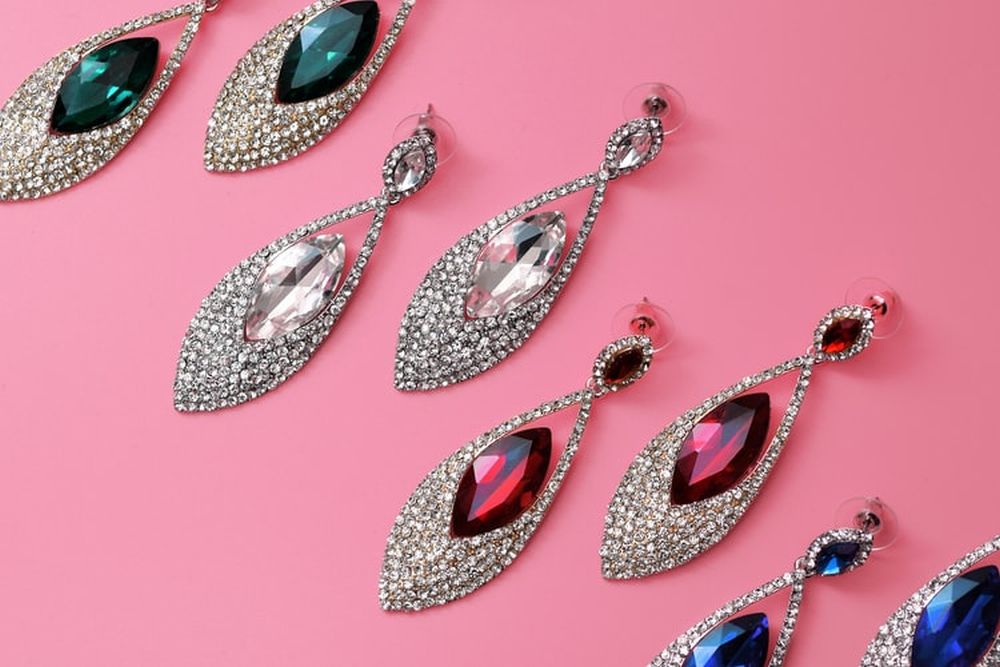 If you’ve never heard of a sautoir, don’t worry you’re not alone. Cast your mind back to the early 20-th century; the 1920s, to be specific. The Prohibition, the Gatsby parties that – whether fictional or fact are definitely stunning – the booming economy that sparked the golden age of America.

This is where the sautoir comes in to play. Between the 1910s and the 1920s, fashionable silhouettes for women did a complete 180. Gone were the corseted, floor-length gowns with bustles and oversized hats. This was the age of the more loose-fitting, drop-waisted, knee-length dresses that sparked so much uproar.

Now, in this time of fashion innovation, jewellery also had to quickly evolve to keep up. This happened in many ways, one of the most notable being the sautoir pendant. With these pendants, what was significant was their size. They dropped from the neck to the waist, far surpassing the pendants which had come before them.

Emerald sautoirs are somewhat rare to come by today, but they are without a doubt a spectacular piece of over-the-top emerald jewellery that certainly makes an impression on anyone with the taste to appreciate them and their place in jewellery history. 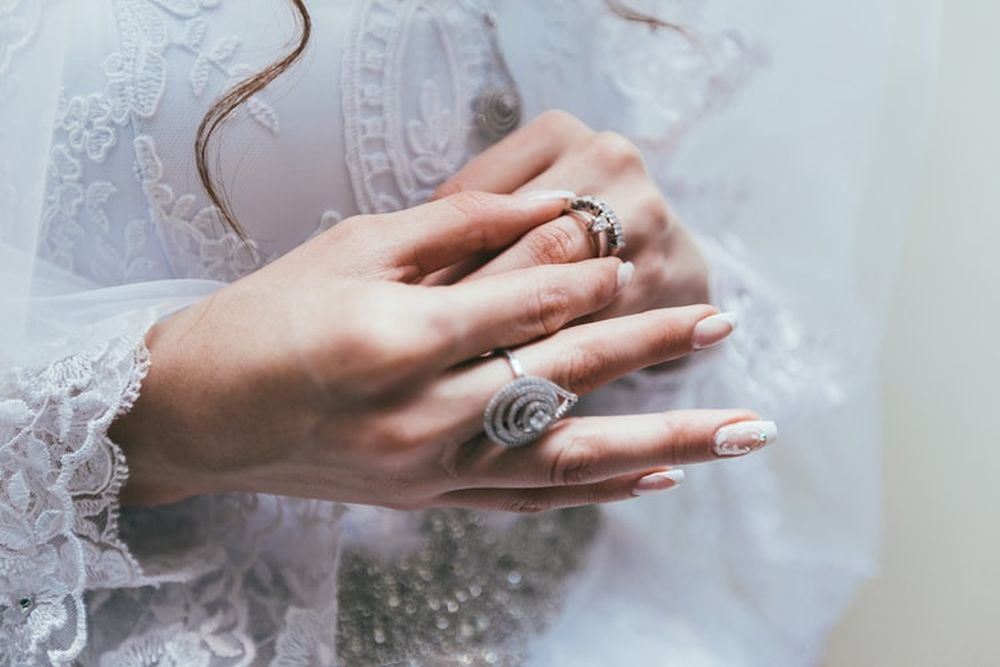 Similar to the sautoir pendants, cocktail rings belong to the same specific era of time when it comes to their origins. A way for young women who were more financially independent than Western women had been previously to celebrate their independence, cocktail rings are the ultimate over-the-top type of jewellery.

Any stylish young woman looking to stand out at cocktail hour would have a selection of cocktail rings from which to choose. Almost always featuring diamonds galore, cocktail rings were all about size. Emeralds, sapphires, and rubies were the most commonly-used feature gemstones for cocktail rings, with platinum playing a big part in their setting metal.
High-quality platinum was being used in jewellery for the first time during this period, meaning more and more and bigger and bigger gemstones could be used and held firmly in place, preventing damage. Other technological advances also meant that the gemstones used could be cut more precisely to create clearer, higher-quality gemstones.

Cocktail rings continued to be made for much of the 20th century, although rarely reaching the same level of grandeur and elegance of their originators. AC Silver from this era feature some of the biggest, highest-quality examples of their type. 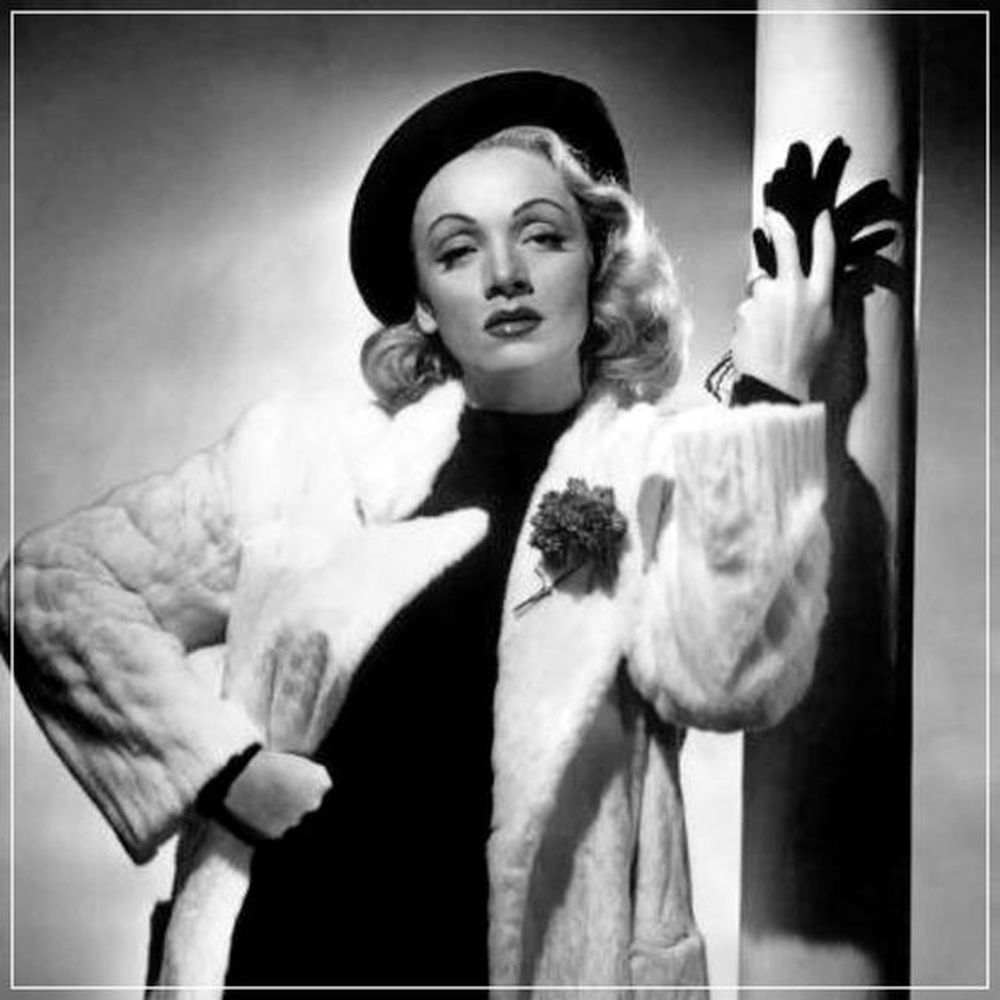 Born in Berlin in 1901, Dietrich found fame and acclaim as an actress and singer in the United States during the first half of the 20th century. Being one of the first and most well-known Old Hollywood icons, it only makes sense that Dietrich had the jewels to match her reputation. She was one of the most highly-paid actresses of the 1930s, defining glamour and sophistication on-screen and off.

Dietrich’s parents were the owners of a high-end jewellery store in Berlin, and she grew up with an education and appreciation for jewellery that carried into her adulthood. A purveyor of luxury brands, Dietrich owned many pieces that even co-starred in her movies as props due to their beauty. One such piece was her Trabert&Hoeffer-Mauboussin emerald and diamond bracelet, featuring a stunning 128 carat oval cabochon cut emerald as its focal point.

Another example of Dietrich’s great taste for over-the-top large emerald jewellery can be found in the matching brooch that often accompanied her bracelet. Diamonds surround a 97 carat cabochon cut emerald in a brooch that Dietrich sometimes wore as something of a hair or hat clip depending on the style she was sporting. Cabochon cut gemstones are a rarer sight than most other cuts, displaying Dietrich’s unique style and elevated taste levels perfectly. And there you have it, one of the finest wearers of over-the-top large emerald jewellery as well as a couple of ways that you can search f or your own ostentatious pieces for your collection. Good luck!

Almost everyone knows this fact that women prefer to wear impressive and stylish jewellery all the time. Even they have selected jewellery for different occasions and everything they get selected for the jewellery selection after watching the aspects. The history and impressive factors about the perfect jewellery option has shared with you above in the discussion. Now, you have a vast choice to get selected the best jewellery brand for you by checking the items online. The world of the internet has a lot more impressive things to share with you in detail. You will never find this option useless by anychance.

You could better get the right idea about the jewellery style in trend from the internet respectively. Many people prefer to get ideas from the internet and they share these ideas with their professional jewellery makers to get the same thing for personal use. Well, it is also an amazing solution you will get by all means. Several big names you will see in the list of the jewellery makers and sellers all over the world. You are free to choose the best one for making your personality features attractive and impressive by all means. Never feel disappoint by nay chance and you could better select the style and theme of the jewellery which you need to wear for an important occasion. Feel free to follow the steps to find out the perfect jewellery make for you and everything will get set perfectly.

6 Pandemic Makeup Tricks You Should Know

7 Things to Check Before Booking a Wedding Videographer – 2023 Guide

Tips for Buying an Engagement Ring That Will...

Where to Buy Loose Diamonds?

Right Wedding Ring For Your Budget