When I was researching this article I couldn’t believe some of the different weird cars people used for their weddings but hey if you want a wedding to remember why not try an ambulance, Tuk Tuk and can you believe it, a Wedding Submarine? 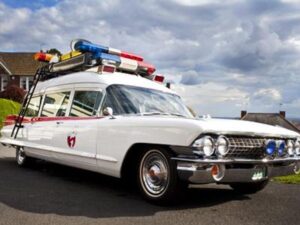 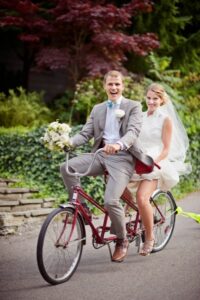 I know the world is really into a health kick at the moment, you know, with the environment falling apart around us but who in the world wants to get hot and sweaty on your wedding day. Well in the case of a couple in Ontario, CA, they were more than happy to and arrived at their wedding on a dual person push bike.

At least they will be fit. 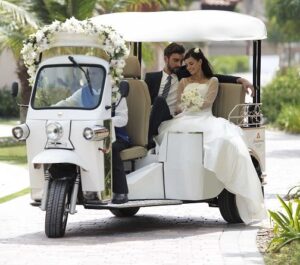 Anyone who has been to Thailand will know the Tuk Tuk but who in the world would have thought to use it as a wedding car. Well, an American couple decided that this would be their ultimate wedding cars for their Thai wedding. 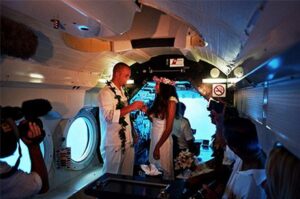 I couldn’t resist putting this one in because I knew a lot of people wouldn’t believe me but apparently a Columbian drug lord used a submarine to smuggle themselves into the United States to get married in Miami. I hope that the lady he married was worth it because it was a lot of work and an expensive ride to get married in. 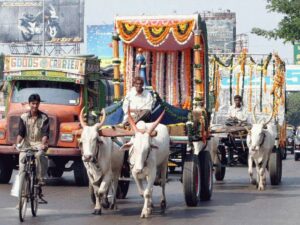 The OX and Cart was the mainstay of transport for many Asian and African countries in the early eighteen and nineteen hundred however in some of the less developed regions of Asia and Africa it is still in use. In fact, I got to see an Indian wedding where the groom arrived on the Ox and Cart.

I will say having ridden on an Ox and Cart, the cart really does need Shock absorbers. 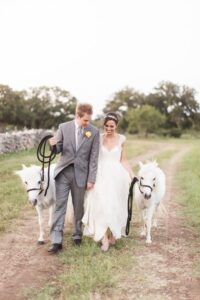 I first saw a wedding with the groom arriving on a white pony in Korea. The white pony in Korea is a status symbol however I definitely mark that down as a weird wedding car. In the image above you can see the “White Pony Wedding” in action: Congratulations Heidi & John for this colorful outdoor San Antonio wedding! 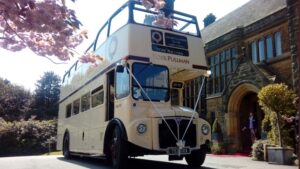 As they say, only in England but one couple decided that they loved Double Decker buses so much that they kitted out one for their wedding day. Oh, by the way, they also live in one as well. 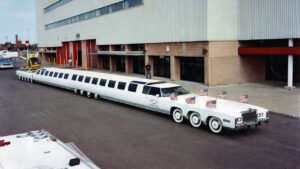 I must confess that when I got married my husband and I decided that we wanted a limousine for our wedding car but I think a limousine with 20 wheels and can fit almost the whole wedding party, is just a bit much. I first saw this vehicle in the photo’s in the 70′s and I didn’t believe that it was real but my colleagues who live in Los Angeles assures me that it is. 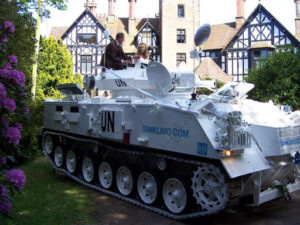 I know some couples think getting married is the equivalent of going to war but one would say getting to the church in a tank is probably taking it too far. A couple in the USA decided though that their vintage tank was definitely the way to begin their life.

Top 10. A Hearse with a Coffin 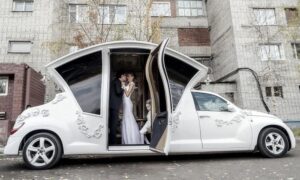 The final weirdest car for your wedding I could find was one used by a goth couple. They hired a hearse with a coffin so that they could both arrive in deathly style.

What is a Theme Wedding?